As daunting as the future of Afghanistan may appear in light of its past, there is also hope. It lies in the timeless, eternal Afghanistan, in the land and the people who have endured so much over such a long time.

Delving into almost three decades of experience in Afghanistan, I want to tell a unique Afghan story, to shed light on the aspirations and the people I was so privileged to get to know. Through these photographs and stories, I can only hope to provide a glimpse into their character, lives, and determination, and their place within recent history.

Timeless terrain… And a loving son of Afghanistan, Rahman Baig, crossing the Hindu Kush as winter approaches in 1987.

Ahmad Shah Massoud meets with a civic leader in the town of Taloqan shortly after it was captured in 1989.

Devotion… Anti-Soviet resistance fighters at prayer in the North of Afghanistan in 1987. 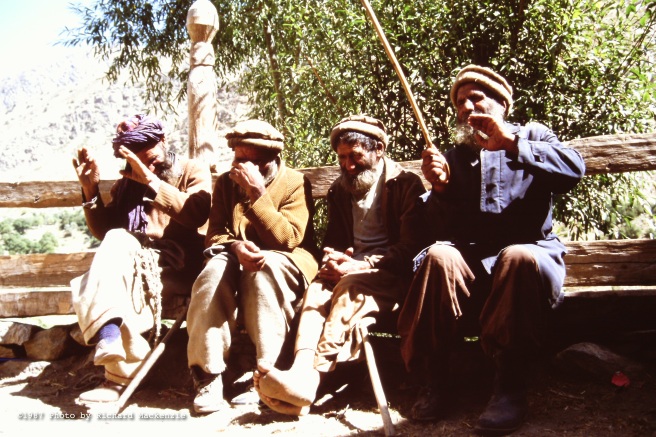